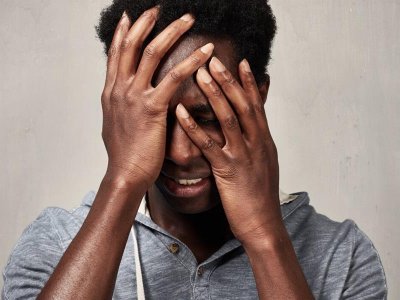 Mental health during the time of COVID-19, heightened racial unrest and political strife is crucial for the general public to explore.  Life already has a host of stressors from family crises, job-related issues, to health concerns now coupled with the added stressors of “the new normal,” many individuals may lack the coping capacities and strategies to effectively deal with the overwhelming emotional burden these may cause.  The mental and physical consequences of stress are real and in a time of mandatory lockdowns where access to support systems and other outlets for stress reduction and management like fitness club and gyms are closed or limited, many individuals are likely to displace unhealthy emotions in inappropriate ways.  This is an example of bleeding on people who did not cut you.  In the absence of effective coping mechanisms, we sometimes hurt people who did not hurt us.  This pandemic has brought light to many dark challenges.  As frustrations, agitations and irritations grow with the limited freedoms surrounding moving to a COVID-free society, the displacement of these negative emotions have become center stage.  Although police brutality and racism have long been enduring epidemics in society, the onslaught of media technology has captured countless videotaped instances of its prevalence.  Numerous videotaped encounters of implicit and explicit racism are recorded and uploaded daily to social media platforms.  The narratives surrounding these events have contributed to an already divided society.  Many rely on the media for guidelines on how they will view certain issues.  There is a partisan media divide that is steadily promotes division in society.  A “cancel culture” has arisen out of this division as the erroneous belief that if someone does not agree with you or believe as you do, they are inherently bad.  The challenge of unity remains as the separate media spheres create separate realities.  Overall the media has embraced mental health and wellness and welcomes the idea of therapy into people’s daily lives.  Despite the erasure of the mental illness stigma of yesteryears demonic or spirit possession, many black and brown communities remain skeptical of its true benefits.  Black populations have historical distrust for the medical professions relating to the fact that medicine has used black bodies, without consent, to advance medical theories and technologies.  These institutions were also used to reinforce systems of oppression.  During the Antebellum period, blacks were forced to take part in dissections.  Black bodies were often stolen from their graves for surgical and anatomical experimentation.  During this period, mental health providers created a diagnosis to pathologize enslaved Africans who would run away.  Running away from slavery was considered a disease called “drapetomania” and often treated with amputation of the extremities.  During the Reconstruction Era, mental health providers diagnosed former slaves, especially black activists who threatened the racist status quo, with schizophrenia characterized as being violent, paranoid and hostile.   Many black people believe medicine has been weaponized against them as seen in The Tuskegee Syphilis Study where hundreds of black men, without their consent, were deliberately administered syphilis and denied treatment.  Today in a post racially segregated society, there is still monumental disparities between blacks and whites in healthcare outcomes.   Blacks are still subject to die sooner with the same diseases as those had by whites.  Black men as a group are even less likely to engage in the mental health process based on the reinforcement that the experience of feelings serves no real value.  This belief was evident during slavery in which black men would often witness their spouses or children being raped, stolen and sold away.   The experience of the intense hurt feelings leading to immense pain, anger and rage would ensure an immediate death of the black man.  The transgenerational trauma of this burden is evident today as many black men suffer in silence when it comes to expressing the need to get help – personally, spiritually, mentally, or physically.

The rise of many well-known celebrity figures dealing with and overcoming mental health issues has brought positive attention to the benefits of mental health therapy.  Those in the highest office of the land have helped shaped the emergence of mental health therapy as a viable option for mental wellness.  From former First Lady Barbara Bush who revealed she once considered suicide amid a battle with depression to Former First Lady Michelle Obama who is currently suffering from a form of “low-grade depression” which she attributes to the coronavirus quarantine, political strife, and U.S. race relations, society is becoming increasingly more aware that mental ailments affect us all.  For those still somewhat reluctant to seek out a mental health professional ask yourself if you have any disruptions in your activities of daily living (ADL’s) – sleeping, eating, enjoying once pleasurable activities, working, socializing, thought processes, etc.  This is just a start.  Based on just the daily stresses of life, now with concomitant social problems, the U.S.A. could easily become known as the United States of Anxiety.  Family and friends should also monitor the mental welfare of those around them.  Bring attention to a loved one who is “out of sorts,” or behaving differently than usual.  As a prescriber of what I coin “Good Medicine,” it is my hopes to provide good science, good practice and good news wherever I go – and where it isn’t, that’s where my work lies.  There are many in society who take the lead of the mechanisms of the brain in wanting things to be concretely black or white without room for ambiguity or discrepancy.  It is important to remember that the design of our brains was not to help us to think, but to help us NOT to have to think.  When the majority of life actually happens in the gray, we must practice being intentional, purposeful and present thinkers who attempt to separate our emotions from our thought processes.  We all are broken and flawed, and therapy can be the glue to put us back together or keep us from falling apart.  Until the time of commencing mental health therapy, self-care must be made a priority.  Make space to reflect, self-correct, and breathe.  True self-reflection and self-correction are two of the most humbling activities we can be involved in as human beings.  With this regard, together we all can peacefully share and enjoy this space we call life.  My greatest fear is although I was born black and I will die black…I just don’t want to die because I am black.